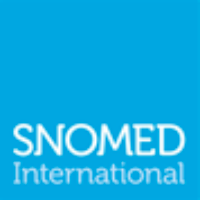 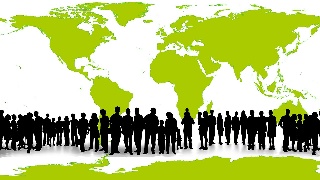 If you do not have a Confluence account, you can obtain one here - https://confluence.ihtsdotools.org/display/ILS/Confluence+User+Accounts

Other scores not well represented in SNOMED

Concepts relating to "Anesthesia for patients with varying degrees of pre-existing disease"
Added by Paul Amos on Jun 20, 2019

mharry , pamos and the CRG: thank you for this response. I have made the agreed upon changes for the July 2020 release.

Head Trauma and use of the Glasgow Coma Score
Added by Paul Amos on Nov 26, 2018

This a request for information to support the SNOMED Quality Improvement project. There are a number classification concepts currently within the terminology which are of the form: 450569000 |Traumatic brain injury with loss of consciousness one hour or more (disorder)| in addition there seems to be an overlap between the use of the terminology to describe coma v loss of consciousness. A review of the current practice for management of brain injury (NICE and ACS) suggests that ass

echeetham , with regards to  your item "3." above, I have had discussions with Jeremy Rogers on the value of the classification based terms with ranges, as well as the "without X" terms.  He has indicated that they have been negligible in use within the UK and would only be valuable as part of a discharge summary, if at all, rather than clinical recording.  Unless there is a hue and cry from this group (or others that will be informed), these classification terms are scheduled for inactivation in the July 2020 release as part of the quality improvement initiative project.

I'm working through the adverse airway event terminology requests following the meeting in Bratislava. A couple of questions for consideration; 1) Have not found much to help with definitions for "difficult supraglottic airway device insertion" and " Failed supraglottic airway device insertion". Any thoughts, suggestions, suitable references please let me know. 2) Emergency Front of neck access - are there any other procedures to include as well as tracheostomy and cricothyroidotomy?

Cant comment on frequency now, apart from coded frequency and actual may be completely different, see http://www.ncepod.org.uk/2014report1/downloads/OnTheRightTrach_FullReport.pdf http://www.ncepod.org.uk/2014report1/downloads/OnTheRightTrach_FullReport.pdf Whilst this refers to the classification coding many of the points made in the paper may well help prioritise.  Apologies I was not intending to extend the scope to suctioning necessarily, but I am interested that the mini trach is now out of favour, I wonder if this depends on where in the world.

Martin Hurrell wrote: When we were on the telecon the other day I suggested that ET tubes provide an example of missing concepts in SNOMED CT. This probably arises because tubes can have a number of attributes, armoured/reinforces, cuffed, blockers etc. some of which can exist in the same physical device. So to capture all possibilities would mean a proliferation of terms which I suspect is avoided by authors. An example would be an ‘armoured, cuffed ET tube’. Rather than trying to find

One has to look at the differing uses of an ontology.   If one is using the ontology to store information from an EHR, one does not have to use the SNOMED terms exactly.  I don't like pre-coordinated terms if possible in a vocabulary. One could in the EHR GUI could use a phrase "portex, armoured, x-ray marked. cuffed, 8 mm x 28 cm  ETT" and then store that description in a database as Andrew has described above with the other attributes attached eg something like |armoured endotracheal tube|+|endotracheal tube cuff|+|x-ray marked|+|8.0 mm ID|+|manufacturer=Smiths| (numeric codes left out for clarity)
Add discussion