Content in one module may refer to content in another module. This is because components and derivatives in SNOMED CT will refer to other components which may be part of a separate module. Dependencies on other modules include references to:

aims to clarify the terms used when discussing dependencies in SNOMED CT. Note that the use of the word dependent in SNOMED CT is consistent with the meaning of the word in the English language. 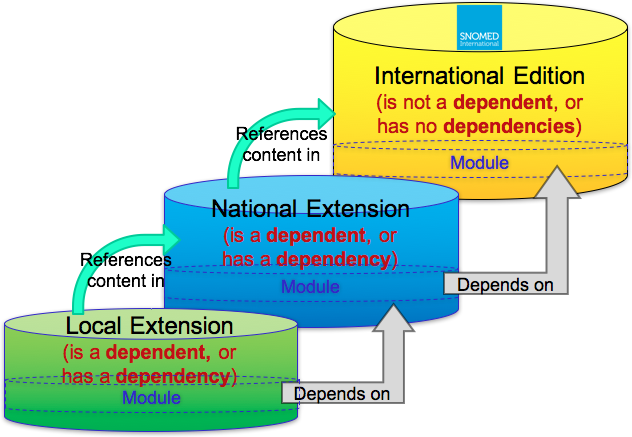 The practical examples below demonstrate how content within a module can rely on another module, either directly or indirectly. As these examples also reference the logical design, the applicable SNOMED CT attributes have been bolded. For more detailed information on these attributes please refer to the SNOMED CT Release File Specifications. 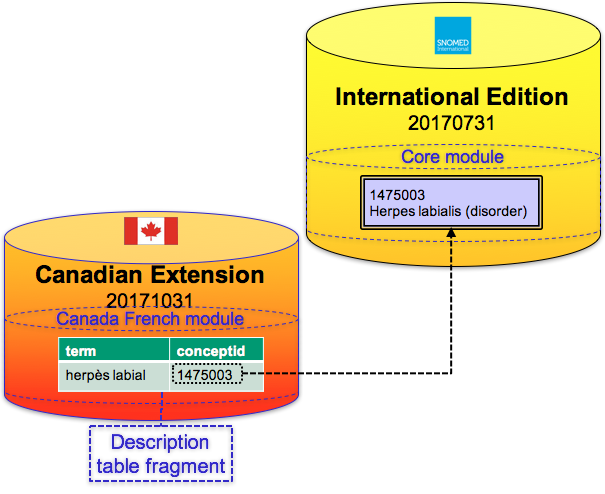 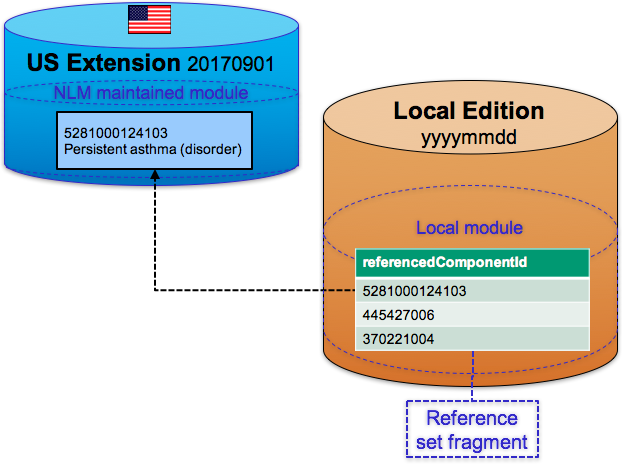 An extension has a requirement to add new clinical content. Note that all active concepts in an extension must be subsumed by the root concept, |SNOMED CT Concept|. This means that at least one  |is a|relationship in the extension must have a destinationId which refers to a concept that is NOT in the extension. Therefore content in the extension's module relies on an International Edition module, either either directly or indirectly. 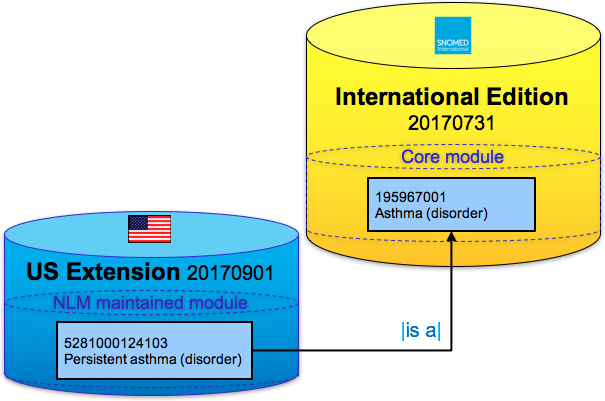 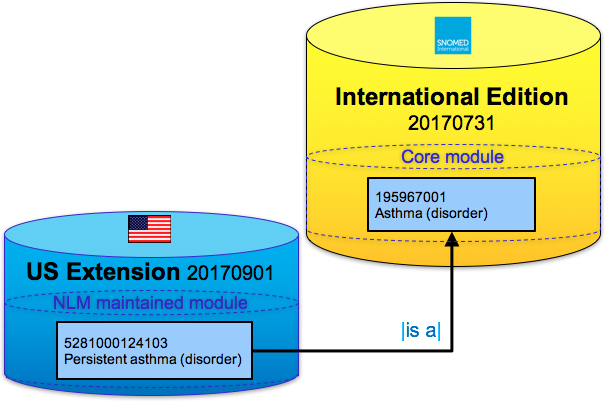 These content dependencies described above create a need to establish a formal linkage between modules. This linkage is established by specifying that one module is dependent on another. Dependencies in SNOMED CT are defined at the module level which is more specific than the extension level because an extension may contain more than one module. This allows extensions to be subdivided in to separate modules with different dependencies on another module in the same extension, in other extensions, or in the International Edition.

A module may only contain references to SCTIDs which exist within the module itself, or in any module it depends on.

An organization maintaining an extension must include a formal representation of the module dependencies for every version of each module they release. Module dependencies are specified using rows in the |Module dependency reference set|. For more information on this refset structure, please refer to Module Dependency Reference Set.

, Module C is dependent on both Module B and Module A because content in Module C references content in both modules. Even though Module B has a stated dependency on Module A, it is still necessary to explicitly state that Module C depends on Module A. 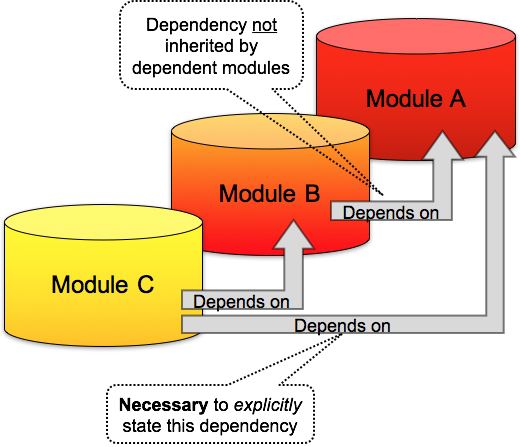