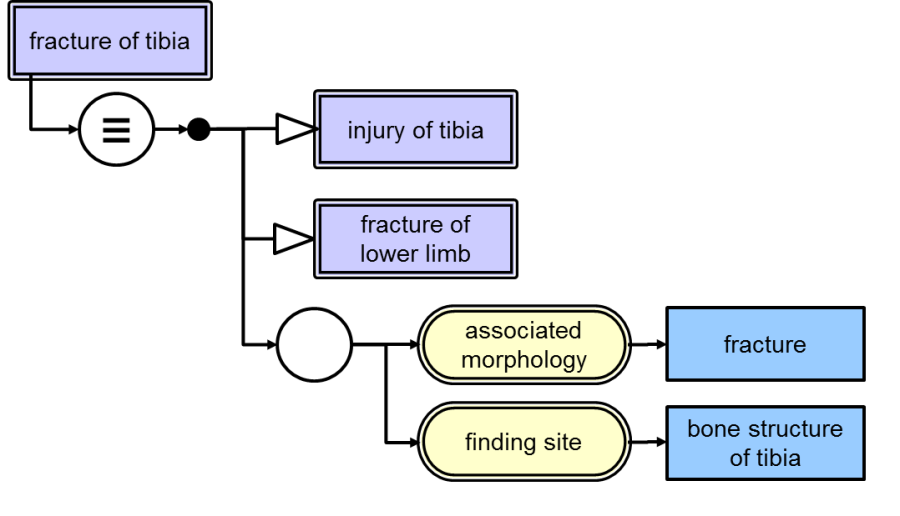 Please note that SNOMED CT expressions are used to represent a single clinical idea, rather than stating the equivalence between two clinical ideas. For this reason, a concept definition written as a SNOMED CT expression includes only the definition itself, without reference to the concept being defined. For an extension to the grammar which includes both the concept and its definition together, please refer to Appendix A.