The following sections discuss the attribute concepts used to represent the ingredient substances of concepts in the medicinal product hierarchy.

The diagram above shows the relationship of the various attribute roles that a substance can play in the definition of MP, MPF and CD description of medicinal products. Any concept from the Substance hierarchy may play one or more of these roles within a product.  In all of the descriptions below, when the phrase "a set of substances" is used, the set may have only one member.

A medicinal product concept has a set of substances that are combined to manufacture the medicinal product that can be described using the "has ingredient" attribute.  However, each substance(s) in the "has ingredient" set will have more specific ingredient role that should be described using that more specific concept.  Therefore, this is a grouping concept that is not used for definition of medicinal product concepts in the medicinal product hierarchy; it is a parent concept and it provides scope for further child concepts to be added to support future use cases, such as the description of inactive/excipient ingredient substances in products in a national extension. The physical presence or otherwise of an ingredient substance in the finished product may not explicitly be necessary for it to be part of the product's substance description; for example substances that play a role in the manufacturing process, such as solvents etc. are deemed "ingredients" for the product; their presence may or may not remain in the manufactured item.  As such, basis of strength substance could be considered as a child concept of the Has ingredient concept, although it is not modelled in that way currently.

A medicinal product concept has a set of active ingredient substance(s) responsible for providing the therapeutic effect of the medicinal product and which are described using the clinically relevant part or whole of the substance that is intended to have a therapeutic action on or within the body.  In the majority of cases, this description excludes modifiers such as esters, salts or other non-covalent derivatives (such as a complex, chelate etc.), but may include them in the minority of cases when clinically significant (e.g. liposomal substances).  This is therefore usually an abstract representation of the active ingredient substance(s) and is used in more abstract representations of medicinal products, such as MP (containing).

Note that "clinical significance" can be described as "something that has a practical, demonstrable effect on the treatment and condition of the patient". For example: different modifiers of a particular active moiety have clinical significance if they affect the potency of the therapeutic action of the moiety (and therefore have an affect on the dose quantities to be used).  See Kazdin, E The Meanings and Measurement of Clinical Significance Journal of Consulting and Clinical Consulting 67 (3): 332–91
This is the attribute role that is used in the definition of the MP concept (containing and only) and the MPF concept.
Examples of substances playing the role of active ingredient in a medicinal product:

A medicinal product clinical drug concept has one or more substances that have the role of being the substance against which the strength quantity(s) of the product(s) are measured.  There will be a basis of strength substance stated for each active ingredient substance present in a multi-ingredient clinical drug product.

An error occurred while rendering this diagram. Please contact your administrator. 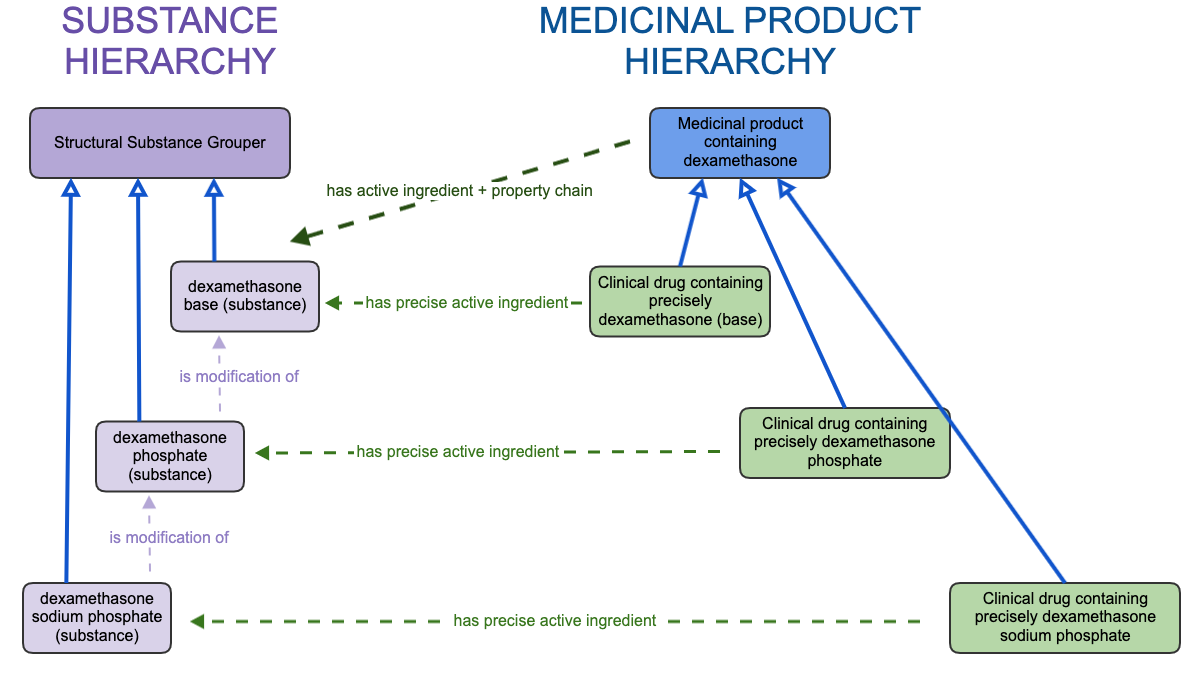 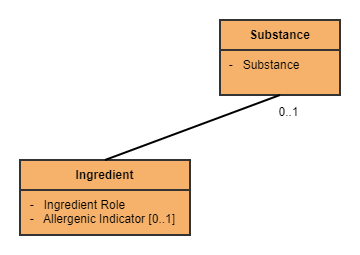 Figure 49: Ingredient role in ISO 11615 of IDMP
Ingredient role is a specific attribute in ISO 11615 in IDMP, but no vocabulary/value set was specified in the conceptual standard for the ingredient roles. Examples that have been given include "active", "inactive" and "adjuvant". This supports the regulatory listing of all the substances present in a product, with their basic role (therapeutic or otherwise).
The explicit use of ingredient roles in the medicinal product model is compatible with the IDMP conceptual model; however, the relationship of ingredient role to substance strength is still being elucidated in IDMP.  Note that the concept of "basis of strength substance", in the very few cases where it is not actually a substance present in the product, is managed by the use of the Reference Substance class in IDMP.   See also IDMP Compatibility for Clinical Drug (Clinical Drug (CD)).