The purpose of the SNOMED CT packaging process is to assemble a set of SNOMED CT files into an archive of a specified structure to support easy adoption by terminology consumers. The resulting archive is a distributable package for the specific extension or edition. A SNOMED CT package uses a standard naming convention and its contents are structured in a standard format. The packaging process may begin when all the files that comprise a specific SNOMED CT extension or edition have been created, populated and validated. 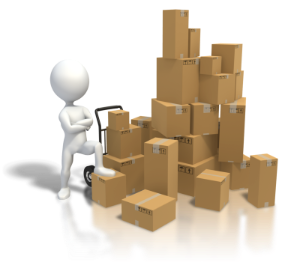 SNOMED CT content in the International Edition is organized into three top level folders according to the release file types - Full, Snapshot and Delta. When packaging extensions and editions, this should be done using the same folder structure. Note that extension producers are only required to include the full release type for the extension. The delta and snapshot releases are optional, because they can be calculated from the full release. However, distribution of all three release file types is recommended to simplify use by terminology consumers.

Each release file type has the same nested folder structure, with the following two subfolders:

The following recommendations apply to the structure and format of SNOME CT release packages:

The recommended folder structure is illustrated below.

SNOMED International provides templates to support extension producers in proper packaging of the release files. These templates detail the minimum expected set of files for each release product, plus the folder structure in which they should be packaged. For more information and to download these templates, please refer to https://confluence.ihtsdotools.org/display/RMT/Release+Package+Templates

The approach that is best for a given situation will depend on the content of the extension and the requirements of the consumers of the extension. The following subsections discuss each approach.

Packaging as an Extension

below illustrates the idea of packaging as an extension. In this approach, the extension content is released in a separate package, which is not intended to be used on its own. Instead, the contents of the extension package must be combined with other packages (including the international release) by the terminology consumer. To determine which packages must be combined, the module dependency reference set is used to identify the dependencies for a given SNOMED CT edition (based on its focus module). 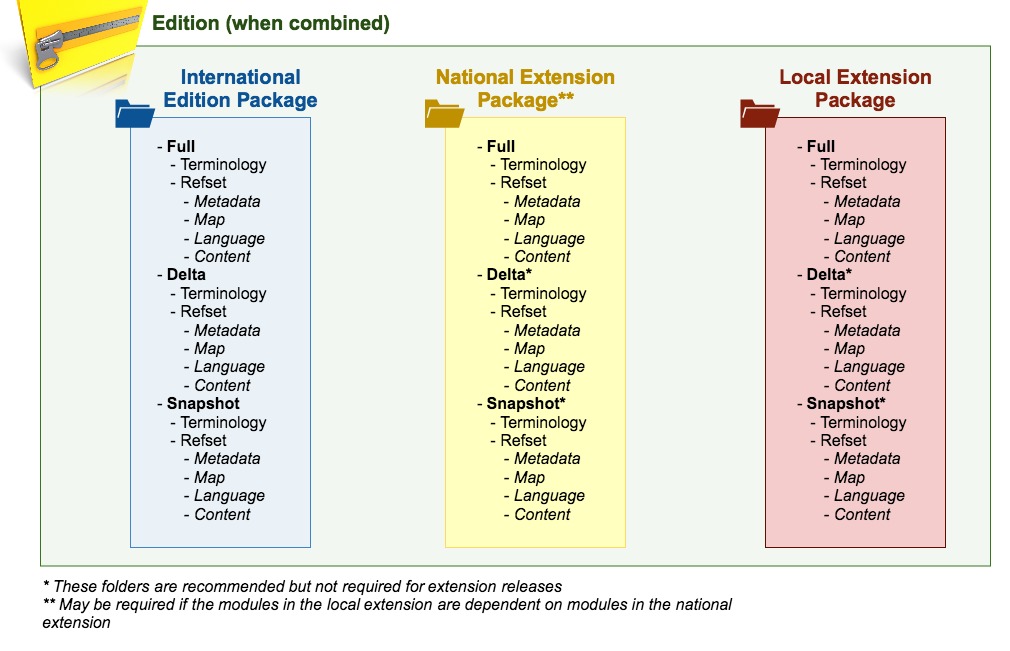 Extension producers choosing this packaging approach may package the content of the extension into release files in a variety of ways, including:

Extension packaging may be appropriate when the content has the following characteristics:

Packaging as an Edition

Figure 5.6.1.2-2 below illustrates the idea of packaging as an edition. In this approach, the package can be used on its own, without the need to combine with other packages.

When packaging an extension as an edition, the extension content is combined with the International Edition (and any other module on which the extension depends), in the standard folder structure. All content of a particular type is included in a single file, irrespective of the module it belongs to or the organization responsible for maintaining it. Care should be taken not to modify, add to or remove content that belongs to a module maintained by another organization. For more information please refer to  authoring extensions. 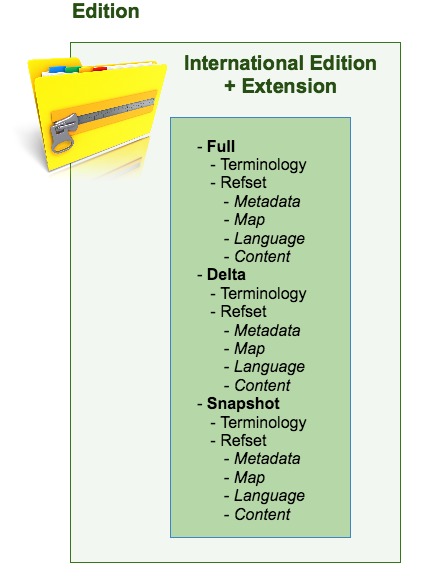 Edition packaging may be appropriate when the content has the following characteristics:

Quality assurance checks, which ensure that the naming convention has been applied, should be performed as part of the release process. For more information please refer to 2.1.2. Release File Naming Convention.