Documents the release process details.  There is an admin page already that indicates how to run the mojo.  See Release Processing Tool for more information.

The mapping tool supports a release process that takes into account end-of-editing cycle activities, some quality assurance, production of data files, and upgrading terminology versions when the time comes.  The release processing is specifically tailored to the needs of IHTSDO and maintenance of the RF2 complex and extended map refsets that are part of the SNOMED CT distribution.  (Note: in the below figure, all references to UAT are now handled on the RELEASE server) 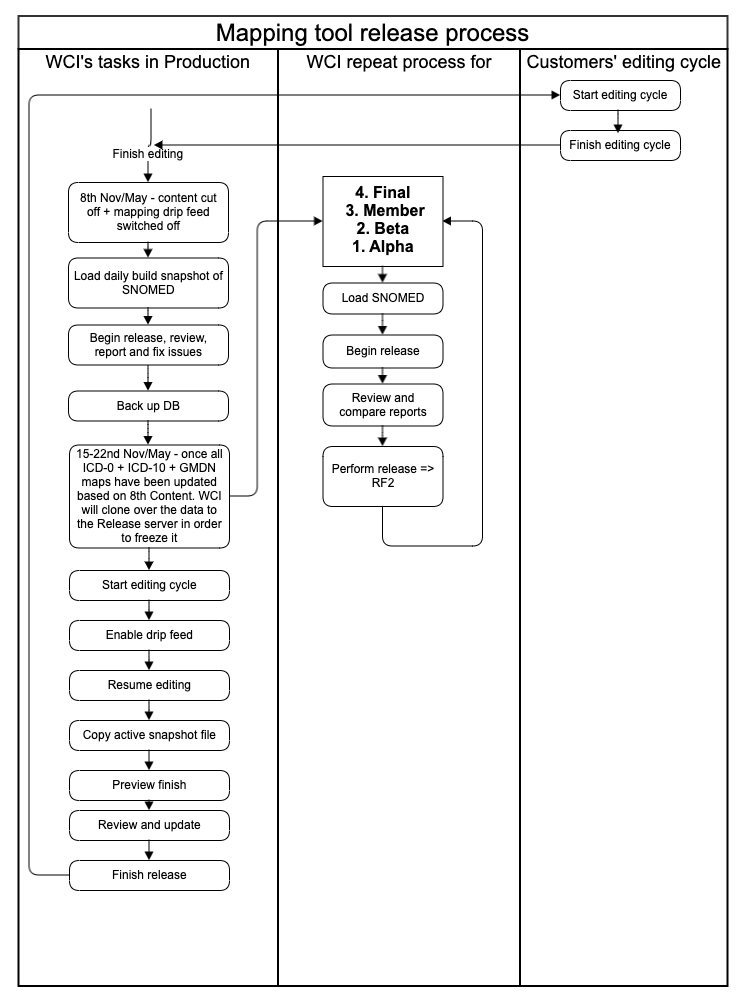 The release process requires the ability for mappers to resume editing before the release cycle fully completes.  Thus, this release strategy calls for completing the actual release processing on the RELEASE server and feeding back to PROD the final state of the map.   Many of the steps can now be handled via the user interface, as described in this section Running the Release Process with the User Interface.  A more full accounting of the original manual steps can be found in the section below entitled Mapping Tool Release Process.

Running the Release Process with the User Interface 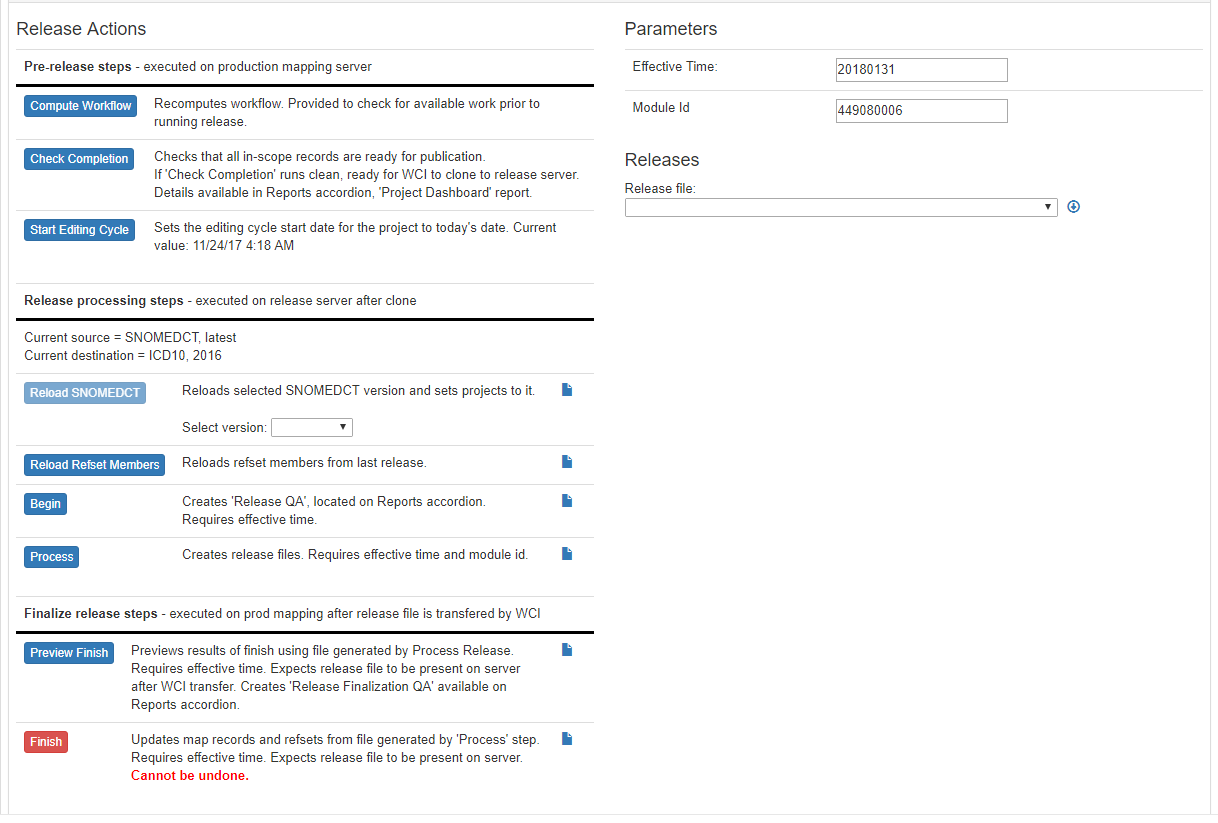 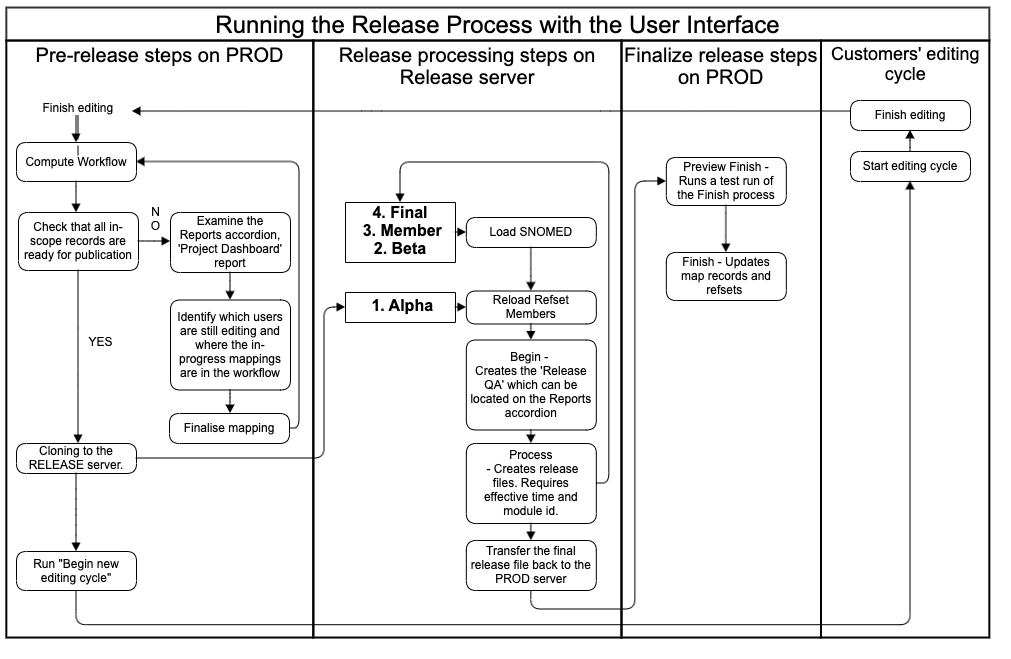 These steps will be run on PROD.

These steps will be executed on PROD after the release files have been copied back to the PROD server from the RELEASE server.

Running the Release Process from the Command Line 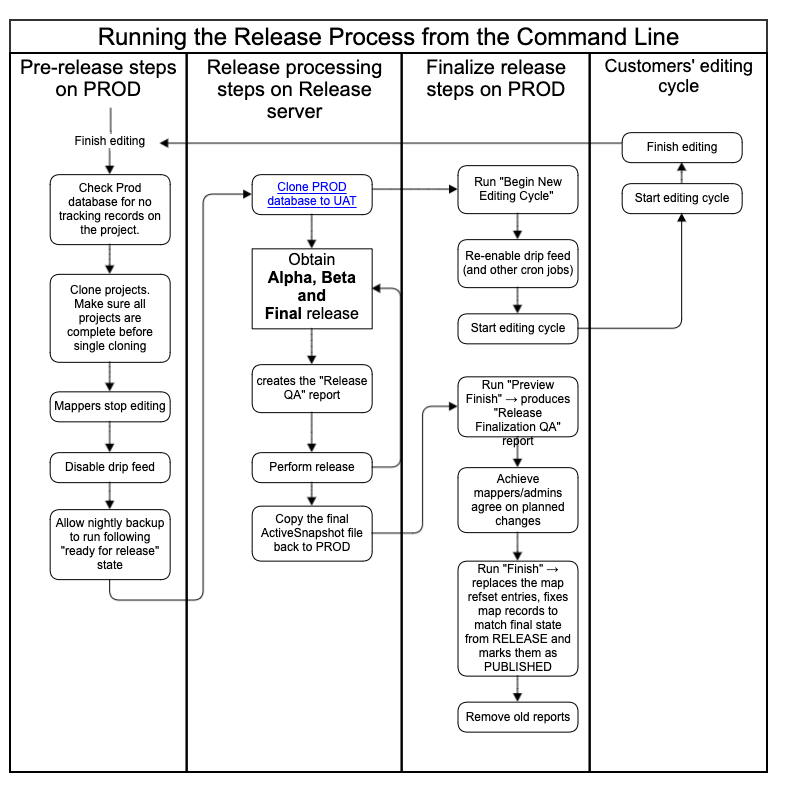 The following are the original details to produce a release with the command line interface and manually run mojos.  It still contains relevant information for running the steps that are not available through the user interface such as cloning the PROD db to the RELEASE server and the return of the produced release files back to PROD.

For each of the currently supported IHTSDO mapping projects, there is a project-specific page for enacting the specific steps needed for that project.

NOTE: paths shown above start ~/data/doc/...., however in principle everything is relative to the directory specified in "map.principle.source.document.dir" in config.properties (in practice, this is set to "/home/ihtsdo/data/doc" in the PROD deployment.  We already had a property pointing to a local file system directory so it was reused.  TODO: in the future, this property should probably be renamed.

If the process above is not needed or desired, alternative release processing can be built as a custom development task.  Things to consider are:

These things are very project specific and are not the same for all projects.

Custom release processing can be implemented via an outside package, or in the mapping-custom project (see Custom Release Process).