The Necessary Normal Form (NNF) is a replacement for the Distribution Normal Form for inferred relationships. The NNF is a precalculated distribution form for practical purposes, for example, to support the continuity of existing implementations based on relational databases and queries by the expression constraint language.

The NNF does not include class disjointness, transitive properties, reflexive properties and sufficient conditions represented as General Concept Inclusions (GCIs) in the OWL axiom refset.

Given two relationships, A and B, A with r = C and B with s = D, within the same role group, A is redundant if:

Note, “crossover relationships”, where r is a supertype of s, and C is instead a subtype of D do not result in a redundant relationship. 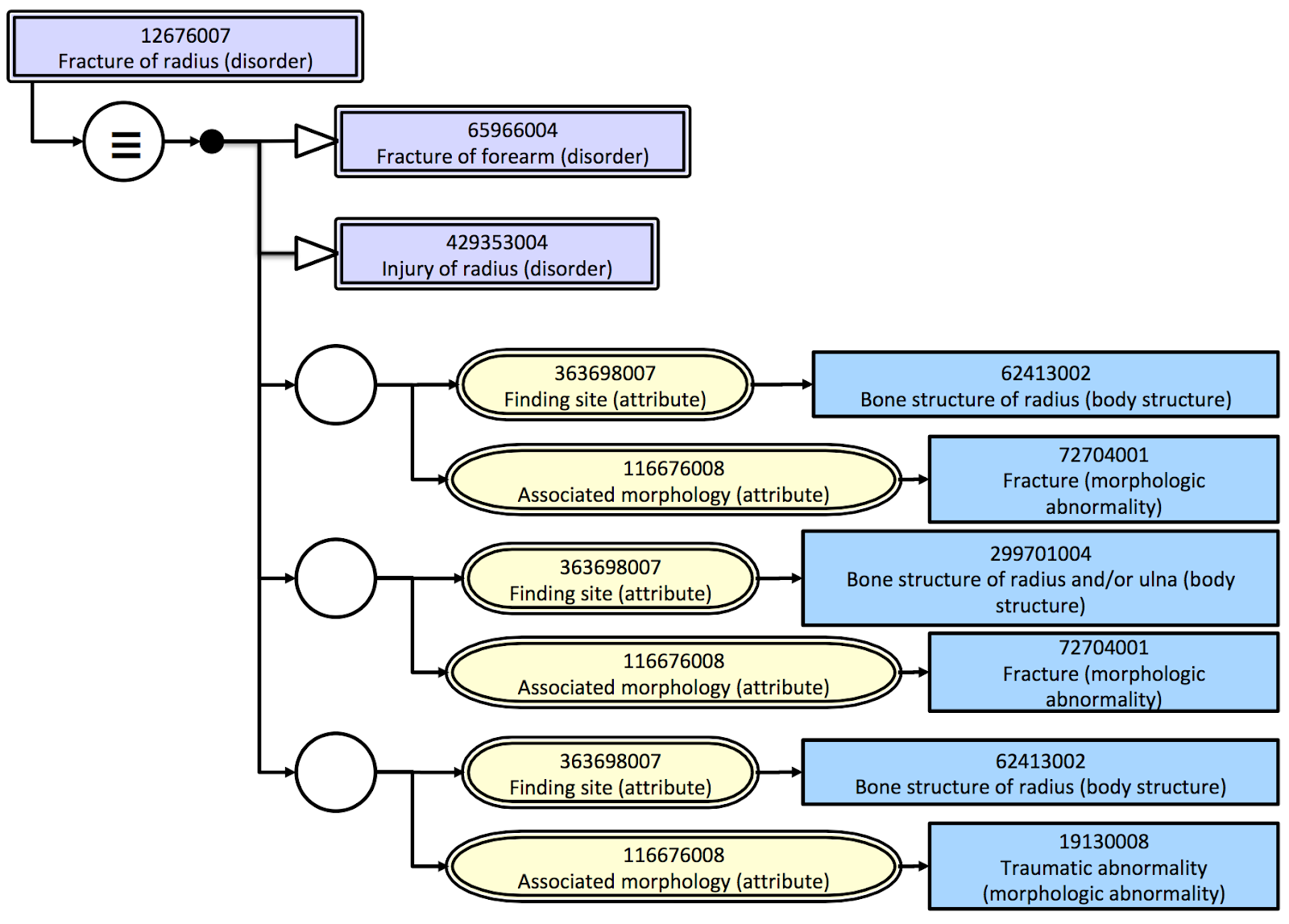 Inferred relationships after the reduction 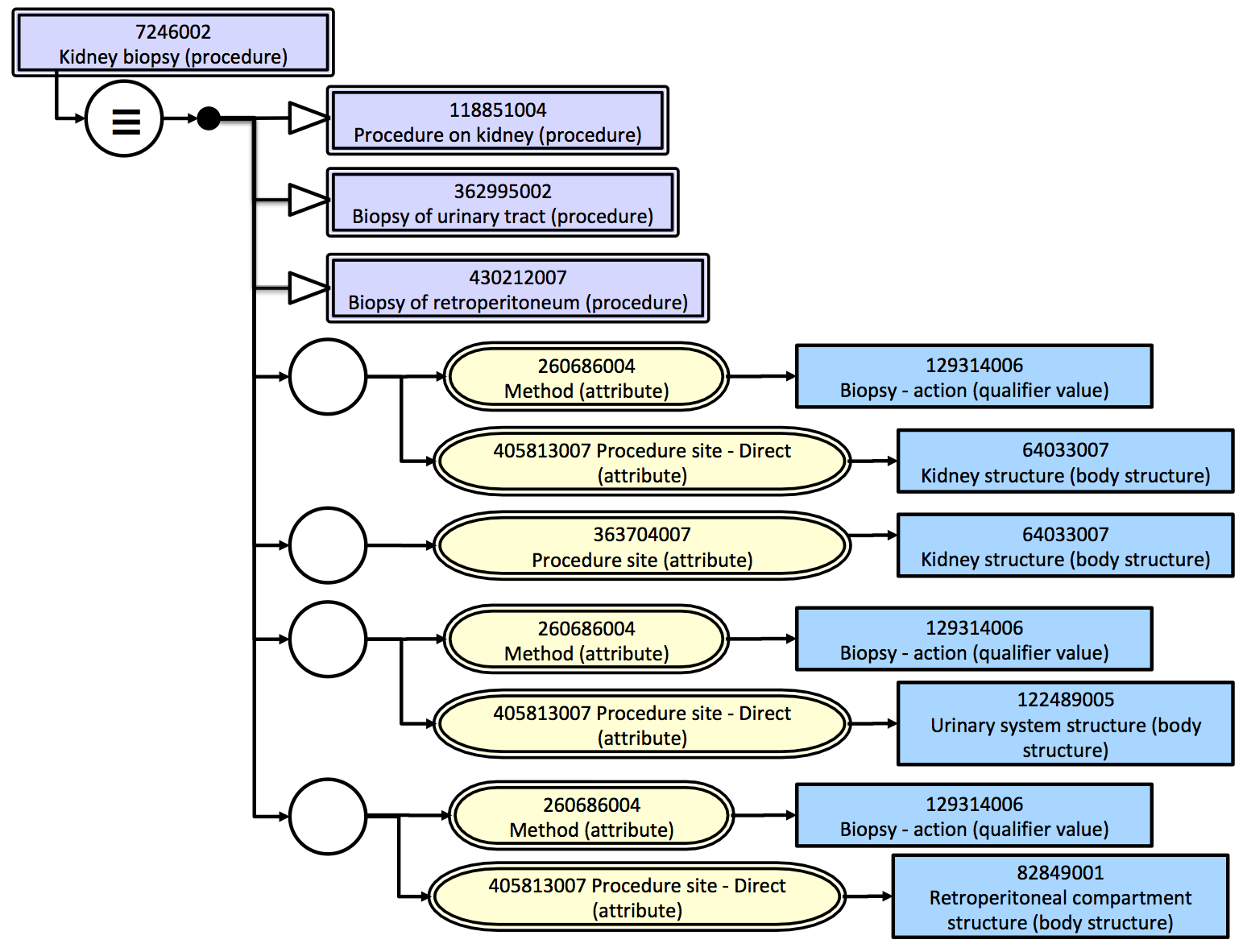 Given attribute r, s and t with a property chain SubObjectPropertyOf(ObjectPropertyChain(t s) r), and two relationships A and B, A with r = C and B with u = D, within the same role group, A is redundant if: 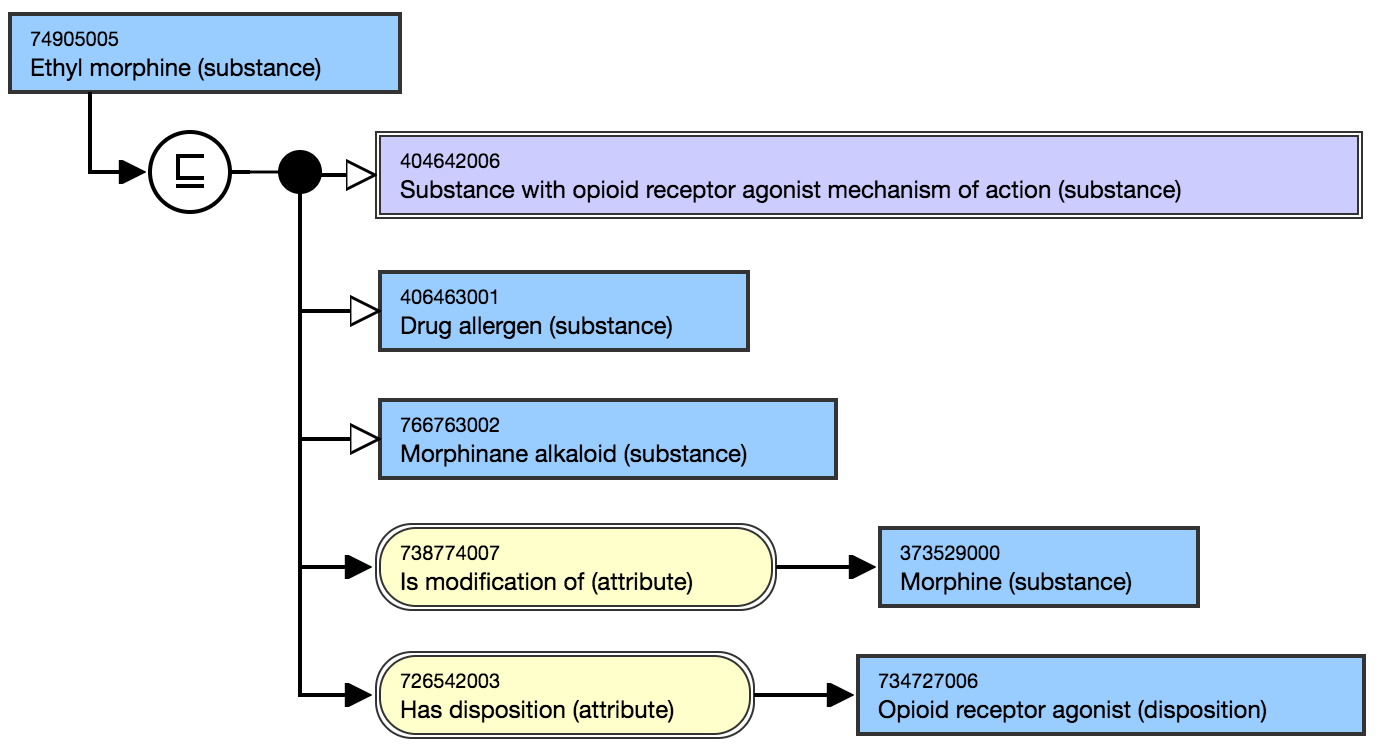 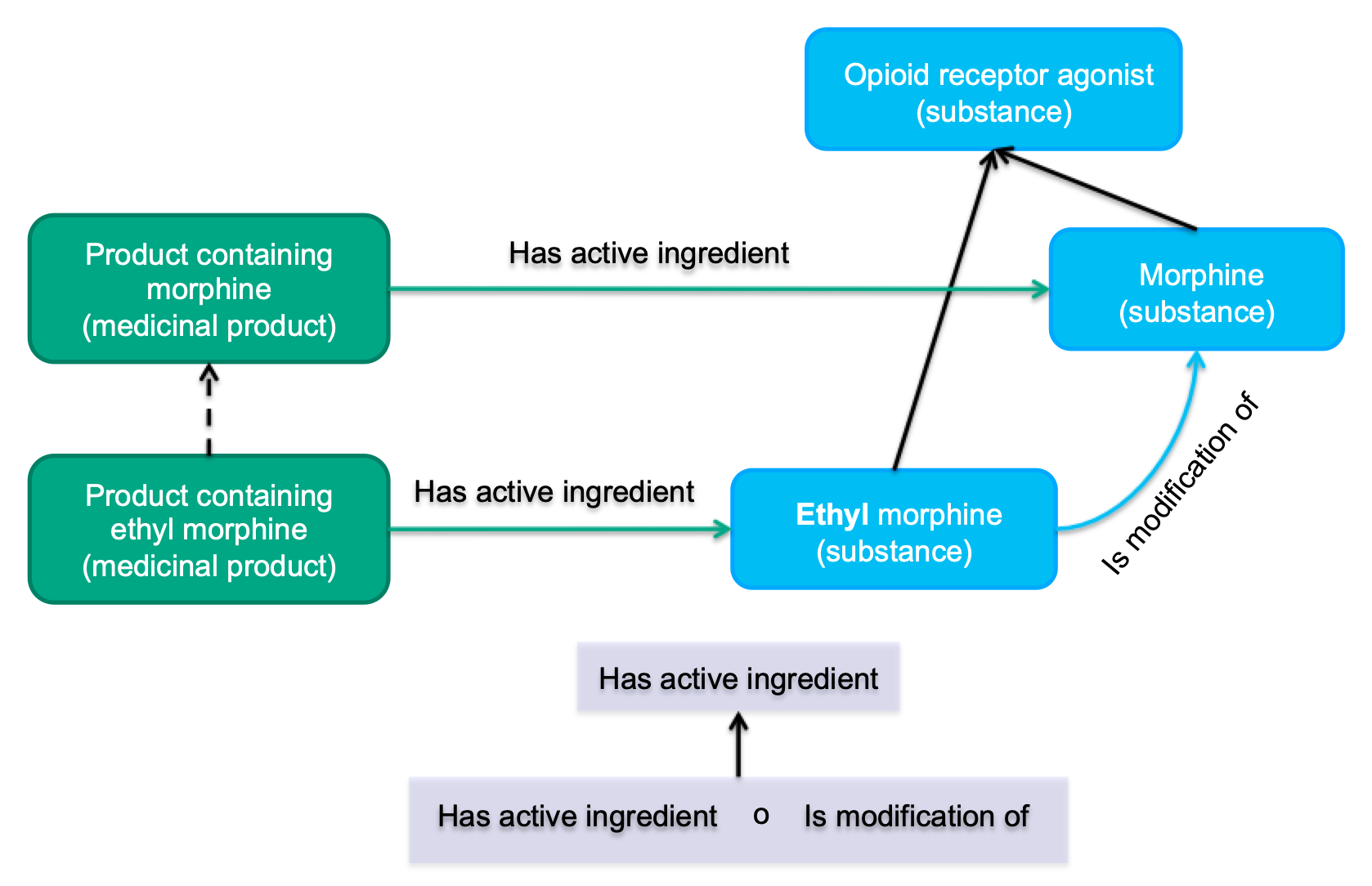 Technical Implementation for Calculating the NNF

This fairly complex process uses the stated form and the output of the reasoner to calculate the necessary normal form which is represented in the relationship RF2 file.

The most straightforward way to produce the necessary normal form would be to use the Snomed OWL Toolkit or the Classification Service REST API which is language agnostic.

Calculating the necessary normal form happens in two passes of the hierarchy.org.snomed.otf.owltoolkit.normalform

For fine level detail the best source of information is the Java class org.snomed.otf.owltoolkit.normalform.RelationshipNormalFormGenerator which performs the Necessary Normal Form calculation.

The following rules should be followed in the inferred relationship file to provide consistent representation aligned with the concept model diagram and the OWL axiom refset.

609096000 |Role group (attribute)| is explicitly represented for self-grouped attributes where there is only a single attribute in a role group in an OWL axiom. However, these self-grouped attributes and values are not explicitly represented in the current relationship files. This representation has caused confusion if an attribute in role group 0 is grouped or not. The following example demonstrates the changes to assignment of role group number after the implementation of the complete OWL axiom refset.