A hierarchy in which each node is linked to only one parent node. 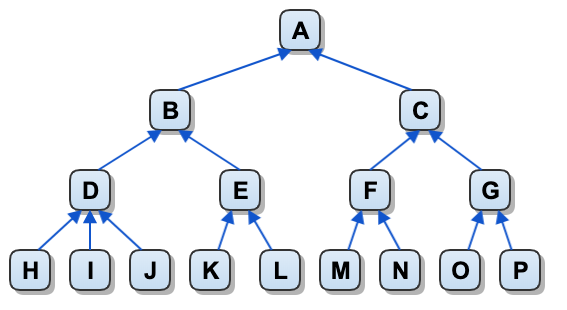