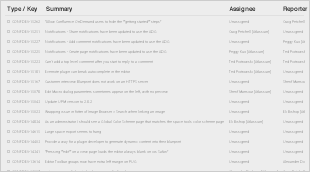 This is a major functional release which unifies the underlying codebases for International and Managed Service to optimise future development and support dependencies for all authoring platforms. From this version onwards the same application updates will be applied to all platforms for each release version, so authors working on specific platforms will also see prioritised fixes and enhancements that may have been originally raised/requested on others, as well as those raised for their platform.

Module versions in this deployment

Note that the Spellcheck Service (API) module from previous deployments is no longer present, as spellcheck support is now part of the Authoring-Services (API) module.